We Are Here To Help

The river industry
Our clients, their employees and their customers
The community we live in, and
Each other

Our Services
Our Community

Rushing Marine has become a name you can count on and trust.

With over 100 years of collective problem-solving experience, we are here to help.

Effective processes created in collaboration with your employees to work for your business.

Extensive reviews to keep you in compliance in this rapidly changing industry.

Established in 1995, Rushing Marine Service, L.L.C. began specializing in consulting and training of the American Waterways Operators (AWO) Responsible Carrier Program (RCP) and U.S. Coast Guard regulations. Since then, Rushing Marine has evolved into providing a variety of services to help our customers in the towing industry. 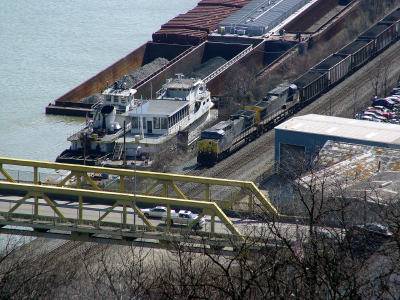 Recognizing the need for continual improvement, Rushing Marine has implemented a Quality Management System in order to better satisfy the requirements and expectations of our customers. We are proud to be an ISO 9001:2015 Certified company.

Today’s fleet of nearly 4,000 modern tugboats and towboats and more than 28,000 barges moves more than 800 million tons of raw materials and finished goods each year. This industry allows the United States to take advantage of one of its greatest natural resources – the 12,000 miles of commercially navigable channels. America’s “marine highways” move commerce to and from 38 states, from Canada to the Gulf, from the Atlantic almost to the Rockies and in the Pacific Northwest, too.

Moving freight on America’s waterways is the most environmentally friendly mode of surface transportation, and contributes to the American economy, national security and quality of life.

Waterways transportation is the most economical mode of commercial freight transportation due to the enormous capacity of a barge. It is difficult to appreciate the carrying capacity of a barge until you understand how much tonnage a single barge can move. For example, a typical inland barge has a capacity 16 times greater than one rail car, and 70 times greater than one semi-trailer truck.

Need to Make an Inquiry?